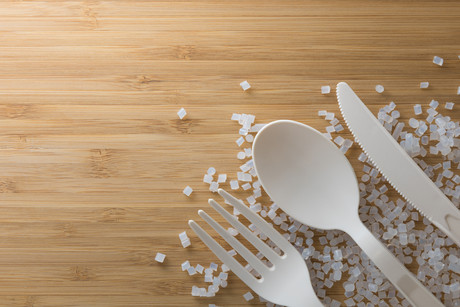 With multiple environmental benefits, bioplastics could be vital in helping solve the world’s plastic problem.

About eight million pieces of plastic make their way into the world’s oceans each day, representing a global-scale pollution problem that is not going anywhere without serious intervention.

Bioplastics — plastics produced from biomass feedstocks — could help solve the world’s plastics problem but are struggling to wrestle market share away from conventional plastics. Bioplastics such as polylactic acid, polyhydroxyalkanoates and polybutyl succinate are biodegradable and can have similar, if not identical, functionalities to their fossil-based counterparts. So why aren’t they being widely adopted? An IDTechEx report explores the factors helping and hindering the adoption of bioplastics.

The IDTechEx report — ‘Bioplastics 2020–2025’ — identifies several barriers to more widespread adoption of bioplastics, the major issue being that they are still more expensive to produce than petrochemically derived plastics. Despite a majority of consumers saying they want brands that are sustainable, few are actually willing to pay extra for it, with willingness to pay falling sharply for products with a Green Premium over 5%.

Oil prices fell in 2014 and have stayed low since then, making it even harder for bioplastics to compete on price. As a finite resource, oil prices cannot remain this low forever, but until prices rise bioplastics producers will have to work hard to cut production costs.

The challenge of upscaling

Despite demonstrating proof of concepts in an academic setting, the transition to industrial-scale production is far from straightforward and many companies are reported to have gone bankrupt trying to make the jump. A conservative approach to production methods does not work well with the complexity of high-volume fermentation. Furthermore, there is a lack of capital investment from venture capitalists and governments to help academic innovators and early-stage startups expand production.

Despite the barriers to the widespread adoption of bioplastics, governments are increasingly introducing policy changes to help overcome the challenges detailed above. In 2018 the EU updated its Bioeconomy Strategy, making funding available for circular economy projects, and in 2019 the San Francisco Bay Area introduced a range of restrictions on single-use plastics.

Bioplastics companies are also increasingly employing innovative technical approaches to reduce costs, including the use of synthetic biology.

The Australasian Bioplastics Association (ABA) is the peak industry body for manufacturers, converters and distributors of bioplastic products and materials throughout Australia and New Zealand. Dedicated to promoting plastics that are biodegradable, compostable and based on renewable resources, the ABA administers a voluntary verification scheme for biodegradable plastics.

“The growth of the market for sustainable resins derived from renewable resources is driven by recognition that fossil fuel resources are finite and will one day run out,” the ABA said.

“Change is required and this is recognised by business and governments around the world who are encouraging recycling, composting of organic waste, and use of sustainable and renewable materials.”

Single-use and Other Plastic Products (Waste Avoidance) Bill 2020 approved by...
Scroll to top