You are here: Home1 / News2 / Other3 / Australasian Bioplastics Association provides submission in response to... 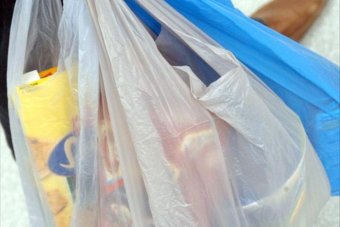 The Victorian Parliament’s Environment and Planning Committee is conducting an inquiry into the Environment Protection Amendment (Banning Plastic Bags, Packaging and Microbeads) Bill 2016.

The change to the Act would prohibit any bag that is made in whole or in part of polyethylene. The only exemption will be a plastic bag that is manufactured, supplied and used for medical or health-related purposes or for policing or security purposes or that is defined as an exempt plastic bag.

The Act will also prohibit plastic microbeads, defined by the Act asa manufactured plastic particle of less than 5 millimetres that is contained in or added to cosmetics, personal hygiene products (including toothpaste) and household detergents.

If passed, the amended Act will from 1 March 2017, require a retailer to display a notice in their premises, stating that the sale or supply of plastic bags by a retailer will be prohibited from 1 September 2017, unless the plastic bags are exempt plastic bags. Penalties will apply in circumstances where retailers have sold or supplied plastic bags in contravention of the Environment Protection Act 1970 from that date.

The Victorian Parliament’s Environment and Planning Committee sought community views on the detail of the Bill.

“While the inquiry is limited to the Bill rather than seeking to canvas in detail all elements of the issue of plastic bag usage, it is important that the Parliament has a detailed understanding of the implications of the Bill when it is considered early next year,” said Committee Chair, the Hon David Davis. “The Bill, if passed, will have a significant impact on the community and therefore the Committee considers it important that the community has input into the inquiry,” he said.

The Australasian Bioplastics Association (ABA) provided a submission to the Parliament of Victoria, Environment and Planning Committee Inquiry into the Environment Protection Amendment, stating that it supports such measures and initiatives, however pointed out that alternatives to the banned items should be considered as has already been done in jurisdictions in Australia and around the world, where such bans have already been implemented.

The ABA submission made some key points from the international experience of bans on plastic bags and packaging, to highlight some items for consideration by the Committee.

The ABA submission also highlights the role that certified compostable plastic bags can play as an alternative to the non-recyclable polyethylene plastic bag. With certified compostable plastics being fully biodegradable, there is no risk of micro plastic being available to the environment when disposed of in the required  end of life of composting, whether  commercial or home.

Submissions closed on the 21 October 2016, with The Victorian Parliament’s Environment and Planning Committee stating that it will present its final report no later than the 14 February 2017.

Bioplastics in the Circular Economy

Towards a Circular Economy, Bioplastics, Food Waste and Agriculture
Scroll to top