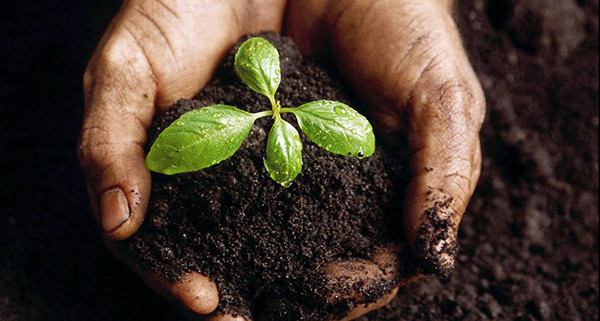 A United Nations report that aimed to verify a thesis that plastics considered “biodegradable” may play an important role in reducing marine litter, has released findings that indicate that this thesis won’t fly.

The report, entitled ‘Biodegradable Plastics and Marine Litter. Misconceptions, Concerns and Impacts on Marine Environments’, found that complete biodegradation of plastics occurs in conditions that are rarely, if ever, met in marine environments, with some polymers requiring industrial composters and prolonged temperatures of above 50°C to disintegrate. There is also limited evidence suggesting that labelling products as “biodegradable” increases the public’s inclination to litter, as some people are attracted by “technological solutions” as an alternative to changing behaviour. Labelling a product as biodegradable may be seen as a technical fix that removes responsibility from the individual, resulting in a reluctance to take action.

The report found that plastics most commonly used for general applications, such as polyethylene (PE), polypropylene (PP) and polyvinyl chloride (PVC) are not biodegradable in marine environments. Polymers, which biodegrade under favourable conditions on land, are much slower to break up in the ocean and their widespread adoption is likely to contribute to marine litter and consequent undesirable consequences for marine ecosystems.

“Recent estimates from UNEP have shown as much as 20 million tonnes of plastic end up in the world’s oceans each year,” said Achim Steiner, Executive Director of the UN Environment Programme (UNEP) in a press release.

“Once in the ocean, plastic does not go away, but breaks down into microplastic particles. This report shows there are no quick fixes, and a more responsible approach to managing the lifecycle of plastics will be needed to reduce their impacts on our oceans and ecosystems.”

In recent years, concern has reportedly grown over microplastics, which are particles up to five millimetres in diameter, either manufactured or created when plastic breaks down. Their ingestion has been widely reported in marine organisms, including seabirds, fish, mussels, worms and zooplankton.

The study also analyzed the environmental impacts of oxo-degradable plastics, enriched with a pro oxidant, such as manganese, which precipitates their fragmentation. It found that in marine environments the fragmentation is fairly slow and can take up to 5 years, during which the plastic objects continue to litter the ocean.

According to UNEP, oxo-degradable plastics can pose a threat to marine ecosystems even after fragmentation. The report says it should be assumed that microplastics created in the fragmentation process remain in the ocean, where they can be ingested by marine organisms and facilitate the transport of harmful microbes, pathogens and algal species. The report also quotes a UK government review that stated that “oxo-degradable plastics did not provide a lower environmental impact compared with conventional plastics (Thomas et al. 2010). The recommended solutions for dealing with end-of-life oxo-degradable plastics were incineration (first choice) or landfill. In addition, the authors observed that: as the [oxo-degradable] plastics will not degrade for approximately 2-5 years, they will still remain visible as litter before they start to degrade’.

The report more or less confirms what many in the industry have known for a long time, and it contains important information for the public at large – both as regards oxo-degradable plastics and biodegradable plastics. Well-written and well-researched, it is by no means an attack on biobased plastics, but rather an attempt to get a message out and to create awareness.
As its authors put it:

“Assessing the impact of plastics in the environment, and communicating the conclusions to a disparate audience is challenging. The science itself is complex and multidisciplinary. Some synthetic polymers are made from biomass and some from fossil fuels, and some can be made from either. Polymers derived from fossil fuels can be biodegradable. Conversely, some polymers made from from biomass sources, such as maize, may be non-biodegradable. Apart from the polymer composition, material behaviour is linked to the environmental setting, which can be very variable in the ocean. The conditions under which ‘biodegradable ́ polymers will actually biodegrade vary widely.”

Very true. So biodegradable polymers, at least those that are currently available, are not the answer. What is?
A large part of the solution is most probably human behavior. Approximately 80% of marine litter is land-based. Isn’t it time to take responsibility, and, for example, to implement better plastics waste management systems, so that plastics no longer end up in the oceans? And, for example, by getting serious about recycling and product eco-design?
Back in 1963, Bob Dylan sang “The times, they are a-changin….”. Let’s all hope they finally are.(KL)